John is the Chairman of the Investment Committee that reviews and evaluates all potential investments and divestments. John has deep experience both as an investor and as an adviser. Over the decades he has successfully established his own businesses as well as being a trusted Adviser to numerous enterprises and entrepreneurs over a distinguished career.

John is Chairman of Jindalee Partners, Strike Energy Limited and SC8 Limited. He is a Board Member of the Future Fund Board of Guardians, a Director of Crown Perth and the Security Research Institute Advisory Board. John is also the Chairman of Council of Christ Church Grammar School and Giving West.

He has previously served as the Chairman, Deputy Chairman or Non-Executive Director of a number of ASX listed companies, Federal Government boards, education institutions and not-for-profit enterprises.

John is an Officer in the General Division of the Order of Australia and is a past recipient of a WA Citizen of the Year award in the industry and commerce category. 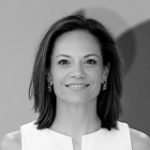